A principle of family dealings: Be close, but transact as strangers

A principle of family dealings: Be close, but transact as strangers. 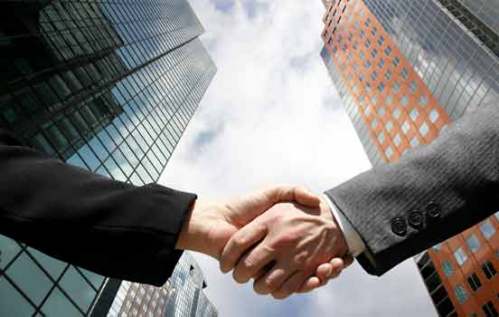 Allah Most High says in the Qur’an

“And obey Allah and His messenger, and dispute not one with another lest you
falter and your strength depart from you; but be steadfast! Lo! Allah is with the
steadfast.” [Qur’an, 8.46]

The scholars tell us that the most damaging money-related disputes occur between close family and close friends. The reason for this is because close relationships, trust, and understanding often lead to undefined and unclear dealings.

The problem with this is that when something happens that leads to differing interests, then these unclear dealings lead to disputes that break family relationships and destroy friendships.

An example would be a student going to college: her father says, “Take our downtown flat.” Then, two years down the line, the father and daughter disagree about some major life matters. The father tells her she can no longer stay in the downtown flat. The daughter refuses, saying, “You gave it to me. It is mine.” The father says, “No, I just let you stay in it.” This aggravates their disagreement, and leads to a long and harmful break in relations…
Similarly, when the father dies, families often break up over ownership and inheritance issues: the wife claims that her husband gave her the main house, while the three children (struggling to get established in life and in need of funds) argue that the house always belonged to the father (thus entering in the inheritance). They fight…

The solution, the scholars tell us, is: Be close, but transact as strangers.

Deal with family and friends with love, trust, and understanding, but make sure your transactions are clearly defined and properly recorded when significant. This is, in fact, the Qur’anic recommendation in transactions, and clear from the radiant example of the Prophet Muhammad (peace and blessings be upon him).

If this is done, countless disputes are avoided, and the love, trust, and understanding that meaningful relationships and strong communities are built on is ensured.

Abu Hurayra relates that the Beloved Messenger of Allah (peace and blessings be upon him, his family, companions, and followers) said,

“Do not envy one another, do not bid against on another, bidding in order to raise the price, do not hate one another, do not turn your backs on one another, and none of you should sell against the sale of another. Be slaves of Allah, brothers. A Muslim is the brother of another Muslim: he should not wrong him nor scorn him nor disappoint him. Godfearing is here,” and he pointed to his breast three times. “It is enough evil for man to scorn his Muslim brother. The blood, property and honour of a Muslim is unlawful to another Muslim.” [Muslim, from Ustadha Ayesha Bewley’s translation of Riyad al-Salihin]

This entry was posted in Introductory material, Scholars. Bookmark the permalink.