If everybody was Shariah-compliant, there would be no recession

Islamic laws of finance a cushion in hard times 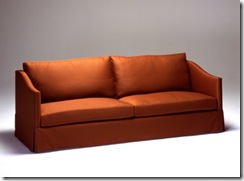 The recession gripping the nation has taken less of a toll on American Muslims who follow age-old Islamic laws against paying – or charging – interest.

"If everybody was Shariah-compliant, there would be no recession," said Farouk Fakira, a Yemeni immigrant who moderated a discussion on Islamic finance at Sacramento’s Masjid Annur last week.