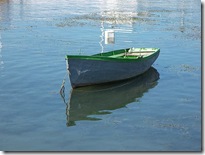 Shaun Springer, Chief Executive of Napier Scott Search said, ‘Four years ago, you would have had difficulty finding sufficient Islamic Banking people to warrant a survey. This sector has grown to such a critical mass with every global, European and Arabic institution involved that it now justifies one.’

William Allum, who heads Napier Scott’s Middle East practice said, ‘We are seeing pay scale differentials favouring Islamic Banking because of a shortage of skilled, experienced staff. A managing director in Sharia’a structuring, for example, can expect to receive a combined salary and bonus of £275,000, whereas a similar post in say Russia would attract £200,000, a significant different.’

One response to “Islamic bankers have escaped the worst financial pain”