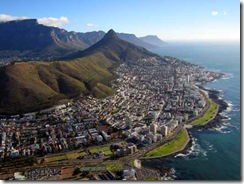 The initial public offering for the new top 40 index ETF opened on February 23 and raised R27-million ahead of listing.

The ETF is part of Absa Capital’s range. Ongoing screening of the sharia compliance of the ETF is conducted by Absa’s Islamic banking sharia supervisory board.

This entry was posted in Around the world, Mutual funds and Islamic investments and tagged Islamic Banking, Islamic finance. Bookmark the permalink.