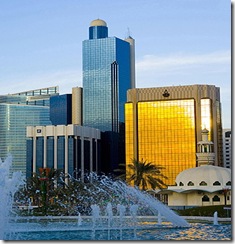 Isabelle Oderberg: I was wondering if just to start with for some of our readers who aren’t familiar with Islamic finance if you could just go through the fundamentals of it?

Rod Ringrow: The underlying principle for Islamic finance is it’s based on Islamic law and there are a number of key tenets that are critical to how the whole thing hangs to together. So, there’s the underlying premise that social and economic justice go hand in hand. There is a ban on interest. There is a ban to the extent possible on uncertainty. There is the promotion and the concept of risk and profit sharing between the provider of the finance and the recipient. Ethical, socially responsible investments.

So for example, nothing in gambling, armaments, alcohol, pork, obviously for Muslims, and in almost all cases there’s an underlying financial and physical asset that go with the transaction, so the concept of money making money is really what’s behind what is prohibited. So, in many ways it appeals to the Muslim community and also I think a great number of non-Muslims, in the fact that it is back to basics almost in terms of Western finance where there’s a physical asset underlying it, there’s not excess of leverage, etc.

IO: So you can’t invest in, for instance, bonds or anything like that because they pay interest. What kinds of investments would an Islamic fund manager be making?

RR: Well, there’s short-term and longer-term and we’ll come to the bond concept later, but a good example of a short-term fund would be a trading transaction, so the promoter buys a shipment of sugar or iron ore and pre-sells it at a predetermined price, so you buy it at 100 and sell it for 120 and that’s considered acceptable, because as I say, there’s an underlying physical asset and you’re pre-financing that shipment. The uncertainty element’s gone, because you know what you’ve bought it at and you know what you’re selling it at. That’s one example.

You’re right in the true sense of a bond not being able to be invested in, but there are some instruments called sukuks, which are really referred to as ‘Islamic bonds’ and there’s been a huge interest in those. In 2007 there were US$47 billion issued. The market took a bit of a tumble in 2008, but there’s a lot of potential demand out there for sukuk issuance.

There are 14 different kinds of sukuks and that creates another problem which we can come back to later, but in the 14 kinds of sukuks, there’s one called an ijara and that’s more like a lease transaction. Again, there has to be a physical asset underlying the financing here, but that ijara is closest probably to a leasing transaction in western finance. So somebody buys the asset then leases it for a monthly fee to the user. There are bonds issued, backed by that kind of structure, and there are a number of fund management houses beginning to look at how to create investment funds using sukuk as the kind of underlying investment. The traditional sort of Islamic investment funds have traditionally been equity based investment.