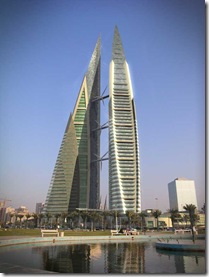 Bahrain’s $750 million sovereign sukuk issue attracted an order book of about $4 billion with strong demand from the Middle East, a lead manager said, giving a promising sign to cash-stripped corporates to tap markets.

Bahrain, the first sovereign to issue a sukuk in the Arab region this year and only the second globally.

The initial size of the sukuk offering was $500 million, but the issue was oversubscribed by almost eight times. As a result, the value of the sukuk was raised to $750 million, a Central Bank of Bahrain statement said.

“This is a testament to Bahrain’s strong credit and the confidence which International markets place on the kingdom’s financial sector,” added Shaikh Salman.

The sukuk was priced at the low end of expectations at 340 basis points over US Treasuries.

Islamic bonds, or sukuk, are underpinned by physical assets whose returns are used to pay bond-holders, to account for Islam’s prohibition of interest.