Turning to Islamic Banking in Philippines

Turning to Islamic Banking in Philippines 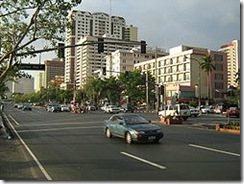 Michael Jackson’s music is not just the in-thing these days. In financing, Islamic banking is the trend as Western banks attempt to enter the billion-dollar earning industry growing at an average of 20 percent per annum in Malaysia.

Islamic banks are hailing their fortitude in withstanding the current global economic meltdown. And the new Al-Amanah Islamic Investment Bank of the Philippines is hoping to take advantage of withstanding the crisis.

Islamic Finance is any finance that is compliant with the principles of Islamic law (Shariah). It has a strong root in sustainable society with focus on welfare, equality and justice. Therefore, it is contingent upon it the prohibition of Riba and the absence of Gharar or hazard in contractual terms, and the encouragement of the payment of Zakat to the poor and the needy.

Titus Global, a network partner that promotes Islamic Finance education through lecture series at Singapore cited Forbes special report as of April 21, 2008 which says that at least $500 Billion in assets around the world are managed in accordance with Shariah or Islamic law and the sector is growing at more than 10 percent per year. "This is how we see the future of Islamic Banking in the Philippines," Director Samira Gutoc added.

The overarching principle of Islamic Banking is the idea of equal distribution of wealth and income. Though Islamic Banking has a profit motive, it should be noted that this is being driven by another motive and that is the fulfillment of social responsibilities and accountabilities.

This entry was posted in Around the world, Current trends and news and tagged Islamic Banking, Islamic finance. Bookmark the permalink.