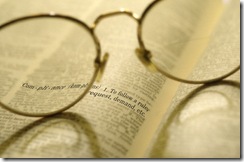 A Bahrain-based agency is proposing new rules for religious scholars involved in the $1 trillion Islamic finance market, aiming to reduce the risk of conflicts of interest or improper disclosure.

The guidelines may address whether Shariah scholars can own shares in the institutions they serve and how many advisory boards they join, said Mohamad Nedal Alchaar, secretary-general of the Accounting & Auditing Organization for Islamic Financial Institutions, whose standards have been adopted in countries including the United Arab Emirates and Qatar.

“There’s a potential case for conflict of interest, and a case of information leakage or perhaps competition impact,” Alchaar said in an Aug. 5 telephone interview in Kuala Lumpur. “We wanted to address the concerns in an unbiased manner. When the guideline is published it will be a bold move and it may cause a stir.”

The proposals underline concern that Islamic financial products, designed to comply with Shariah law to be acceptable to devout Muslims, may be overseen by scholars who have a financial interest in their issuance. Global standards are still developing in the industry, whose assets are forecast by the Kuala Lumpur-based Islamic Financial Services Board to almost triple to $2.8 trillion by 2015.

AAOIFI, which has 200 members, sets accounting and auditing standards that are used in Bahrain, the Dubai International Financial Centre, Jordan, Lebanon, Qatar, Sudan and Syria, according to its website. The agency said its guidelines have also been used to help frame policy in Australia, Indonesia, Malaysia, Pakistan, Saudi Arabia and South Africa.

Fatwas, the judgment of a scholar based on his interpretation of Shariah law, are essential for products to be vetted and offered by financial institutions to Muslims. Islamic law restricts investors to transactions based on the exchange of assets rather than money alone because interest payments are banned.

Yaquby serves on the Islamic boards of 52 institutions including New York-based Citigroup Inc. and London-based HSBC Holdings Plc. Bakar advises firms such as Paris-based BNP Paribas SA, according to the data. Credit Suisse Group AG of Zurich and Standard & Poor’s are among 31 firms that seek advice from Elgari, the report shows. Yaquby didn’t respond to an e- mail request for an interview and Mohammad Daud Bakar said he couldn’t respond to questions immediately.

The Islamic finance industry is “increasingly scrutinizing the role of scholars, and questioning what the best practice should be,” Omar Shaikh, a board member of the Glasgow-based Islamic Finance Council U.K., said in May. “As the industry is beginning to work toward critical mass, scholars may need to tweak their roles at financial institutions.”

Financial institutions can’t find enough scholars to accommodate the demand for new Shariah-compliant products, Khalid Howladar, a Dubai-based senior analyst at Moody’s Investors Service, wrote in a report in May.

“The shortage of top Islamic finance scholars means that a small group of reputable individuals are a key factor in the Shariah compliance process,” he wrote. “This concentration creates a bottleneck when demand is high, and puts them and their offices under considerable pressure to deliver their approvals quickly.”

This entry was posted in Bahrain, Challenges and criticisms, Current trends and news, Innovations and developments, Scholars, Shariah standards and regulation. Bookmark the permalink.