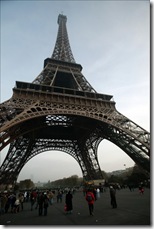 The first Islamic bond issue out of France could happen early next year, the chief executive of the French Deposits Guarantee Fund said on Wednesday.

Thierry Dissaux, also a former special adviser for financial affairs at the French Treasury, said at a conference in Dubai: "At the beginning of 2011 we could see the first sukuk under French law."

Dissaux said guidelines for certain financing structures including sukuk, ijara and murabaha were approved in August by the tax regulators. Approvals for other structures, such as the investment agency, wakala, and limited partnerships known as mudaraba should be passed in the coming weeks, Dissaux added.

He said once the legal framework was approved, it would open the door for corporates to issue sukuk in France.

Declining to be more specific, Dissaux said: "These issuers could be corporations already active here in the GCC."

France and Britain are keen to take a lead on sukuk issuance in Europe, although appetite on the continent has been dampened in the wake of wranglings over debt in Dubai.

Dissaux said while Britain had been far ahead, the gap had closed in recent months.

This entry was posted in Around the world, Growth, Sukuk. Bookmark the permalink.