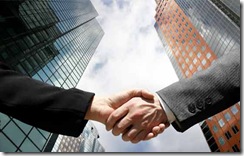 My children, son (14) and daughter (11), asked a straight-forward two-part question as part of their homework assignment on parent car-eer choices: why did you choose Islamic finance? Will you retire in Islamic finance?

At surface level, they seem to be easy questions, but they are more difficult to explain than stock screening or writing about Sharia-compliant risk.

Today there are more roads leading to Islamic finance, but for those of us who got into this space in the mid-1990s, especially living in the West, it was not about the money, but an interest, a cause or an (job) opportunity to get into something during the post-formative stages of development, i.e., after establishment of IDB, DIB, KFH, Albaraka, Tabung Haji, etc.

All of us in one way or another want to leave a legacy behind for the ‘village’ that raised us, and Islamic finance, being embryonic, better affords that opportunity, even today. Put differently, conventional finance and capital markets are older, more developed and efficient vis-à-vis Islamic finance, hence, less opportunity to make a mark.

But there has to be due credit given to (western) conventional institutions, especially non-banks, that have embarked upon addressing the needs of the Islamic finance marketplace. To them, it’s not about religious sentiment, but new market opportunities, as many of their existing markets are mature and saturated, hence, eroding margins.

For Islamic finance, the credibility issue is neatly addressed when institutions like S&P, Thomson Reuters, Clifford Chance, and PWC enter the space, as these global brands will not risk tarnishing their brands without due diligence on a sizeable opportunity. And their decades of experience is the need of the hour for this niche market to become ‘conventionally efficient and competitive.’

Thus I got interested in Islamic finance after I read an article in the New York Times and then saw a Tombstone ad in the Financial Times about a deal closed by The International Investor (Kuwait). I wound up at an index provider after I pitched the idea about being the world’s first Index provider to have an Islamic equity index, and they saw an opportunity for licensing revenue with Islamic indexes.

Once people get into Islamic finance they may job hop from one Islamic finance entity to another, usually based on compensation during the pre-crisis days, while others stay at one firm until a sense of accomplishment of the vision or retire. So, for career Islamic finance people, it’s all they know and it’s how they are generally type-cast/labelled.

So, what kind of second career do Islamic finance people land? For example, Iqbal Khan, HSBC Amanah founder, is now founder/CEO of Fajr Capital, Hussain Al Qemzi, previous CEO of Sharjah Islamic Bank, is CEO of Noor Islamic Bank, and I went from being a Global director at Dow Jones Islamic Index Group (10 years) to Global head of Islamic finance and OIC Countries at Thomson Reuters.

The second career in Islamic finance is about a fire in the under-belly. It’s a continued commitment to possibly (1) right some wrongs, (2) finish what you started, (3) make a difference, (4) pierce the Islamic ‘glass’ ceiling, or (5) desire to go back to an unstructured environment to create value.

A career in Islamic finance is like raising a child; bumps, bruises and challenges at different ages, but also achievements and accomplishments along the way to adulthood. We get into Islamic finance for a cause and it becomes a causeway to a career.

This entry was posted in Unclassified. Bookmark the permalink.