Experts in Islamic finance believe their way of doing business has shielded them from the global credit crisis.

But how does it differ from conventional Western finance?

There is a "consciousness of a supreme creator and a system that he has provided", he says.

What we know as the conventional Western way does not have that, which is "really the major difference between the two", he adds.

The Association of Chartered Certified Accountants (ACCA) has welcomed the Treasury’s latest plans to remove tax barriers to some Islamic finance products.

Under the measures laid out by chancellor Alistair Darling in last week’s Budget, alternative finance property investment bunds, such as those favoured by Islamic financiers, will receive relief from stamp duty land tax (SDLT).

In addition, investments may also be given relief on capital gains taxation, with some Islamic debt products having previously been taxed twice as a result of the process of money generated by underlying assets not being returned as interest payments.

The UK’s first Islamic fixed rate mortgage has been launched with the aim of offering ethical property finance in direct competition with conventional lenders.

The new product from the Islamic Bank of Britain is a direct bid to win a bigger share of the UK’s mainstream mortgage market, the bank confirmed.

‘We are throwing down the gauntlet to conventional banks with this new fixed rate Home Purchase Plan,’ said Sultan Choudhury, Commercial Director at Islamic Bank of Britain.

The bank is offering a rate of 3.99% with an arrangement fee of £299 and claims it is one of the most competitive offers currently available in the UK home finance market. 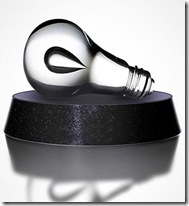 Nasser Al Shaali, the CEO of the DIFC Authority called on financial centres across the world to coordinate their efforts to promote innovation in Islamic Finance products.

Addressing an audience of financial professionals from around the world on the first day of the London Sukuk Summit 2008, Al Shaali said financial centres should work together to address weaknesses in legal and institutional frameworks that are hampering product innovation in Islamic finance.

Despite extensive discussion with the industry, a UK sovereign sukuk is unlikely this year. The government is struggling to overcome tax-related problems and unwilling to issue in uncertain markets.

Earlier this month, the Treasury published the results of its consultation paper on a sovereign issuance of shariah-compliant debt. But legal reaction has been mixed.