Investments based on Shariah cross $1.5 trillion

Investments based on Shariah cross $1.5 trillion 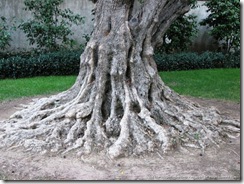 With investors globally holding more than $1.5 trillion in Shariah-compliant investments, there is a need to create adequate and straightforward regulation for Islamic investment instruments that industry players can use to grow their activities, a senior official at the Central Bank of Bahrain (CBB) said recently.

“In addition to adequate regulations, there is a need for creating the necessary framework for investment instruments targeting small investor, medium-size investors as well as professional or high net worth individuals, who would like to invest their funds in accordance with Shariah principles”, said Abdul Rahman al-Baker, executive director of financial supervisions at CBB. 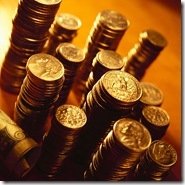 At a time when deposit growth of conventional banks has almost stagnated, Islamic banks are enjoying handsome growth in deposits, indicating increasing preference to Islamic banking in the country.

It is pertinent to mention here that deposits of overall banking industry rose by Rs 20 billion or 0.52 percent to Rs 3.801 trillion from Rs 3.781 trillion during the quarter under review. This means that there was negative growth in deposits of conventional banks during the quarter and the growth in overall banking industry’s deposit base came only from Islamic banks.

While total global sukuk issuance more than halved to $14.9 billion in 2008 from $34 billion in the previous year, Standard & Poor’s believes the outlook for Islamic finance remains strong. Sharia-compliant assets now total about $700 billion after growth exceeding 10% annually during the past decade.

"The sukuk market suffered heavily in 2008 but we believe the outlook for asset-backed sukuk is positive, despite the doubts raised by the disruption in global financial markets and in structured finance," said Mohamed Damak, credit analyst at Standard & Poor begin pulling out of the downturn, we expect Islamic finance to resume its rapid growth. The long-term pipeline for sukuk issuance is healthy, and the market is attracting interest from an increasing number of issuers in both Muslim and non-Muslim countries." 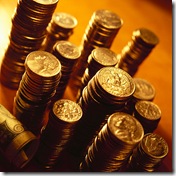 “Pakistan is a core market for us,” Afaq Khan, the Dubai- based chief executive officer of Standard Chartered’s Saadiq Islamic unit said in an interview in Singapore. “We take a very long term view of the economy. These are very small aberrations, if you will. Investors who take a strategic view on Pakistan see it as an opportunity.”

Standard Chartered has eight Islamic bank branches in the country and “a plan for expansion,” he said last night on the sidelines of the Islamic Financial Services Board summit, without providing details.

Backers of Shariah-compliant finance see an opportunity for expansion amid the global economic downturn, and some Western banks are welcoming this growing source of new business.

"Islamic bankers should do some missionary work in the Western world to promote the concept of Shariah banking, for which many in the West are more than ready now," Indonesian President Susilo Bambang Yudhoyono said at the World Islamic Economic Forum last month in Jakarta.