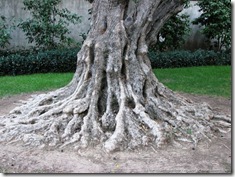 Islamic finance has entered a bright new stage of development, emerging after the global financial crisis as a more equitable and efficient alternative to the Western approach. Let’s see how.

Interest in Islamic finance (IF) began in the 1970s, mainly due to the accumulated petro-dollars in Arab countries. In a rather pragmatic approach, it was thought in the West that respecting Islamic principles regarding finance would attract wealthy Arab investors.

The second major turning point in IF took place after the Sept. 11 attack on the US. It was declared at that time that Muslims were guilty unless they proved themselves innocent, and as a reaction to this uncertainty and discrimination, IF escaped from the West. The amount of capital which fled the West was over $200 billion. Moreover, as the epicenter of global economic growth shifted to Asia, IF concentrated its focus on these emerging and dynamic markets.