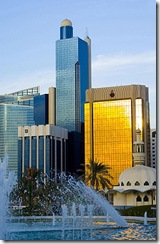 Sheikh Saleh Kamel, chairman of Al Baraka Banking Group, is set to launch the world’s biggest Islamic bank before the end of the year, with an initial public offering of $3 billion, a top official has said.

Adnan Yousuf, CEO of Al Baraka Banking Group, who is also the chairman of the Union of Arab Banks, said: “We have already completed the necessary research for launching the Islamic bank and there are currently discussions between Sheikh Saleh Kamel and investors to prepare for the public offering.”

“Under the current economic climate, Sheikh Saleh Kamel did not withdraw or pull back but, on the contrary, he is accelerating the finalization process. The Islamic banking industry needs this investment at such times. “The studies for the project have taken about a year and a half.”

The “mega bank” announced last year will have an initial capital of $10 billion through a number of initial public offerings and private stock options. Yousuf added that the time is ripe to launch the bank, as Islamic banking is gaining in appeal.

He said he expects that several banks will follow the Islamic banking model in the coming years, due to the growth achieved by these banks. Despite the global economic crisis and its repercussions in the international financial sector, the Islamic banking industry has not witnessed a slowdown in its growth, he said. Instead, these banks continue to prosper.

This entry was posted in Around the world, Islamic Banks. Bookmark the permalink.